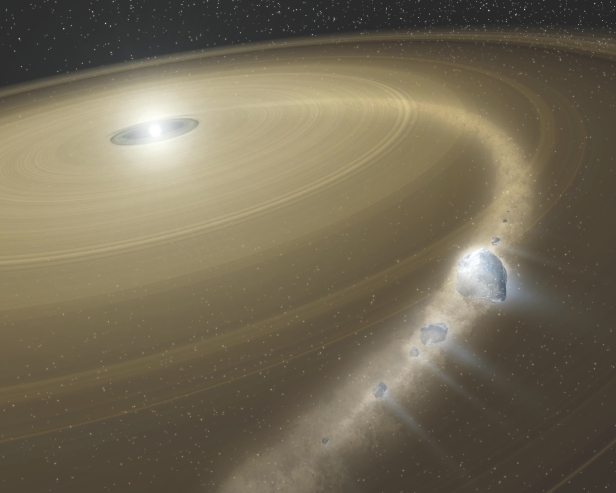 As comets approach the Sun, its icy outer layers are heating up and provide a tail that give comets one of their distinguishing features. Image credit: NASA

Comets can have short periods of up to 200 years (such a Halley’s Comet with a period of 76 years) or long periods of between 200 to potentially millions of years.

Ideally, to know the period of a comet you would need to observe it twice and measure the time between observations to ascertain its period. However while comets have been observed for thousands of years it is very difficult to state with certainty whether a long period comet observed today could be one we have seen before.

Consequently scientists have to map the trajectory of a comet and extend it to estimate its period. This process is by no means accurate as interactions with other Solar System bodies and loss of mass due to evaporation of volatile materials can all alter the orbital properties of comets.