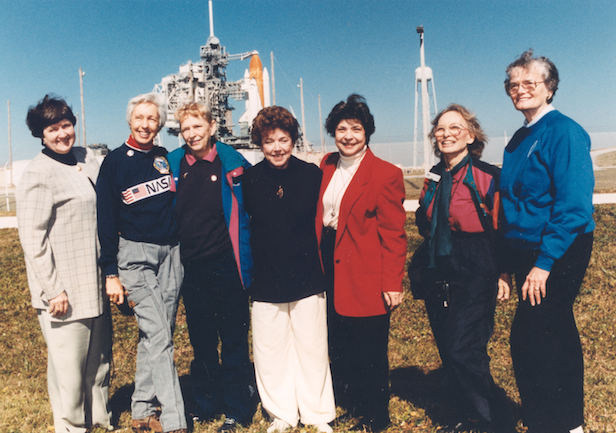 The 16 July 1969 is a day everyone should know, as it was the first time a member of the human race stepped foot on the Moon. Cemented in time by the iconic words of Neil Armstrong: “That’s one small step for a man, one giant leap for mankind.” This moment changed the course of history and sparked a passion for space and space exploration among billions of people around the globe. But what if it had been a woman? This might have been the case had it not been for the prejudice against woman in the 1960s.

Netflix’s documentary Mercury 13, still available to stream on the platform, focuses on the fate of 13 female pilots who were prevented from entering NASA’s space training program, even though they met – and in some cases even surpassed – their male counterparts’ requirements needed to go into space.

The space race began in the early 1960s as the pressure of the Soviet space program motivated NASA to be the first on the Moon. This captured the imagination of the whole country, as they all drove towards one common goal. This led to NASA launching the first men into space, but behind closed doors a group of women were also undergoing a series of physiological and psychological tests with hopes of being America’s first female astronauts. Jerrie Cobb, pictured here standing next to a Mercury capsule, was one of the Mercury 13 women. Image credit: NASA

Unfortunately, NASA caught wind of this, and further examinations were shut down. These women never even got the chance to go into space, and they had to watch their male competitors fulfil dreams they knew they could achieve. With the Soviets sending their first female cosmonaut, Valentina Tereshkova, into space in 1963, NASA’s gender discrimination became apparent to many. The year prior to this a very long and arduous legal battle with the United States Congress over gender discrimination had begun.

For two years, hearings were conducted arguing that their prevention from further space testing and training was due to sexual discrimination. Eventually, the Civil Rights Act of 1964 was put in place, making it illegal to discriminate based on race, colour, religion, gender or national origin, and making situations like Mercury 13 a thing of the past.